Jumping out of Airplanes in our Back yard

My Dad, who was born in Eindhoven, was my daughters age 70 years ago this September when the Allies launched “Operation Market Garden” in the area of The Netherlands he called home. It was the largest parachuting operation ever with 20,011 personnel landed by parachute in the drop zones. (Another 14,589 troops were landed by glider, but more on gliders later.):

From Wikipedia: “On the night of 19/20 September, 78 German bombers took off to attack Eindhoven and 75 aircraft bombed Eindhoven without loss. The city centre was shattered, inflicting over 1,000 civilian casualties, including 227 dead. An ammunitionconvoy and trucks carryinggasoline were also hit.[116] Elements of the 101st, based in and around the city, escaped loss. The 506th Parachute Infantry Regiment rushed into the burning city and rescued civilians during the night. According to Rick Atkinson, this was “the only large, long-range air strike by German bombers during the fall of 1944.” [117]“ 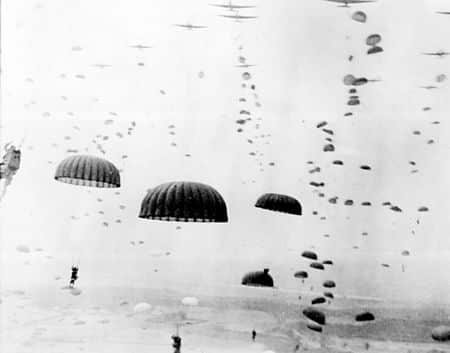 In the 70’s I saw the large crack in the garden wall of the house in which my Dad lived until his early 20’s. It was caused by a nearby bomb blast.  I’m not sure if it was the result of this bombing raid or one of many aimed at the nearby Philips factory, by both sides. A few years after the second World War Dad married Mom, who is no longer with us,  and they immigrated to Canada.

A few months ago my Dad sat with me on the balcony here at Brookside Inn B&B watching the steady stream of Gliders circling above us. It reminded him of his service in the Dutch Air force after the War and of the Allied heroics during his youth. I remember now that I promised to take him to see the skydivers in Abbotsford off Gladwin Road on Matsqui Prairie.

On most nice days Sky Dive Vancouver ferries brave souls upward, slipping the surly bonds of Earth, only to leap out of their airplanes to, “skydive”. My apologies to John Magee.

High Flight
“Oh! I have slipped the surly bonds of Earth

And danced the skies on laughter-silvered wings;
Sunward I’ve climbed, and joined the tumbling mirth
of sun-split clouds, — and done a hundred things
You have not dreamed of — wheeled and soared and swung
High in the sunlit silence. Hov’ring there,
I’ve chased the shouting wind along, and flung
My eager craft through footless halls of air….

Up, up the long, delirious, burning blue
I’ve topped the wind-swept heights with easy grace.
Where never lark, or even eagle flew —
And, while with silent, lifting mind I’ve trod
The high untrespassed sanctity of space,
– Put out my hand, and touched the face of God.” 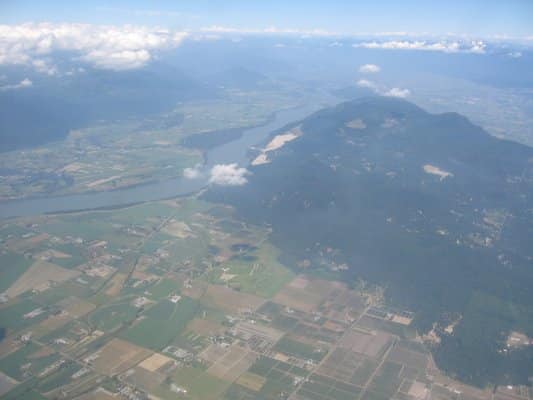 What Sky Dive Vancouver offers may  have been what John Magee was imagining.

I’ve never skydived myself, nor am I brave enough to fly a plane, but I love watching the parachutists/skydivers float down gently after leaping from their aircraft, sometimes in tandem. 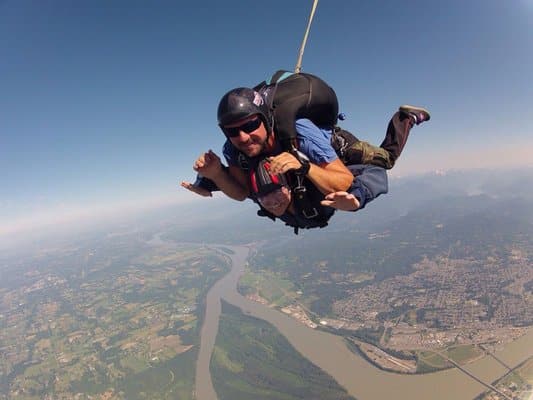 Now, the trick is landing gently. 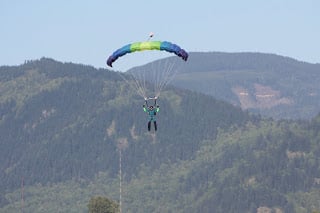 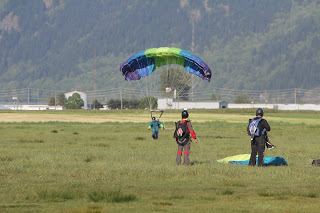 And if you want to get really tricky….. 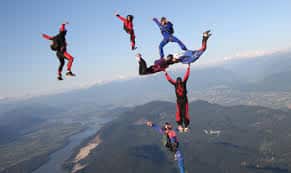 They make it look easy.

One of many great adventures in Abbotsford.

Please see our links above if you need information or a base from which to explore Abbotsford.

UPDATE(December 19, 2014)  My Dad just let me know that while on one of his retirement cruises in Florida he went para sailing. I’m thinking he was in his 70’s!!